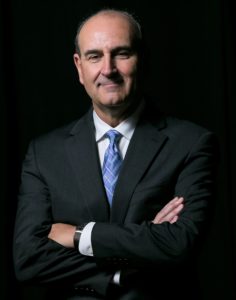 Meet the World’s #1 Authority on Intelligent Leadership, the Top Executive Coach & the “Coach of Coaches”

John Mattone is the world’s #1 authority on Intelligent Leadership (IL), the world’s top executive coach and the creator of the IL Executive Coaching Process and Certification. He is globally respected as a uniquely distinguished top leadership coach authority who can ignite and strengthen a leader’s inner-self and talents, which enables them to realize four “game-changing” outcomes that they can leverage in their business and life: Altruism, Affiliation, Achievement, and Abundance (The 4 A’s).

The 4 A’s are the seeds to achieving sustained greatness and creating a lasting legacy. John Mattone is a powerfully engaging, internationally-acclaimed keynote speaker and top executive coach. Whether John is keynoting an event, conducting a retreat, or coaching an executive, he has earned a global reputation for possessing a special ability that unlocks and unleashes greatness in leaders at all levels. Since 2011, Globalgurus.org and Thinkers50 have ranked John Mattone as one of the world’s top executive coaches, leadership authorities and speakers.

His thought leadership combined with his passion, energy and authenticity on the platform are described as “unmatched” and have earned him rave reviews from every corner of the earth, from the world’s top CEO’s and government leaders to corporate and government leaders at every level, and from serial entrepreneurs to start-up’s. Learn the secret to unlocking and unleashing your leadership greatness-experience the “unmatched” thought leadership, passion, energy and authenticity of John Mattone on the platform.

John has spoken at some of the world’s most prestigious business and leadership conclaves, including the World Business Forum and World of Business Ideas alongside the likes of Richard Branson, Steve Wozniak, Steve Forbes and other world leadership icons. There are many groups who partner with us for exclusive John Mattone events, which we book sometimes two years in advance. These events are marketed as John Mattone branded and sponsored events with tiered pricing, access privileges, private dinners and book signings, etc. It is typical for these events to attract thousands of people who then experience the ideas, power and passion of John Mattone. We can share many references from groups who have managed our exclusive events and they are both money makers and “life-changing” in the eyes of delegates.

In 2015, John Mattone’s Intelligent Leadership, along with Tony Robbins’ Creating Lasting Change and John Maxwell’s 5 Levels of Leadership were named the three Top Advanced Leadership Development Programs that Change Lives. In addition, John is widely regarded as one of the world’s leading authorities on corporate culture and culture transformation. He is a respected advisor and coach to CEO’s who lead small to mid-sized entrepreneurial organizations as well CEO’s who lead large global businesses, on how to create and sustain a leadership and talent culture that drives superior operating results.

Recently, the research organization Globalgurus.org recognized John Mattone, along with Marshall Goldsmith and Tony Robbins, as the top three coaching authorities in the world. He was also named as one of eight finalists for the prestigious 2017 Thinkers50 Leadership Award recognizing the world’s top leadership authority and thinker. In 2013, John was awarded the coveted Master Corporate Executive Coach (MCEC) certification from the Association of Corporate Executive Coaches. He was then honored with the prestigious 2015 International Executive Coach Thought Leader of Distinction Award, in recognition of his thought leadership and his work as a global leadership coach. With the award, he received an honorary lifetime MCEC, becoming one of only four global executive coaches who currently hold this certification. In 2015, John Mattone’s Intelligent Leadership was named one of the three Top Advanced Leadership Development Programs that Change Lives, along with programs by Tony Robbins and John Maxwell. Since June 2017, John’s executive coaching blog has continued to be ranked the #1 executive coaching blog in the world by Feedspot. His leadership blog, likewise, is recognized as one of the best in the world.

John Mattone is the creator and master of the unique, powerful and game-changing Intelligent Leadership Executive Coaching blueprint for success. Since 2010, John has used this blueprint having personally coached over 250 leaders, including 25 global CEO’s to help them become stronger, more effective and vibrant leaders and people. John Mattone is the former executive coach to the late Steve Jobs and the former legendary CEO of PepsiCo, Roger Enrico, who sought John’s advice after his PepsiCo days in helping him transition as a coach and mentor to young leaders. John Mattone is now one of the most in-demand C-level coaches in the world.

John is the creator of John Mattone University (JMU), which features the Intelligent Leadership Executive Coaching Certification Program, as well a series of award-winning virtual and online leadership development and HR certification programs including the recently released  iNtelligent Leadership (iL) Virtual Coaching App. (1.0) and The Intelligent Leadership Program, recently named one of the top three advanced leadership development programs in the world. He is also the creator of a number of breakthrough leadership and culture assessments, including the Mattone Leadership Enneagram Inventory (MLEI), which served as the centerpiece of the coaching sessions he conducted with Steve Jobs in 2010, the 5 Cultures of Culture Assessment (5CCA), and the Cultural Transformation Readiness Assessment-40 (CTRA-40).

John Mattone has consistently been recognized by Globalgurus.org, Thinkers50, Forbes, CNN,  LeadersExcellence, Warren Bennis’ Leadership Excellence Magazine, HR.com and many others  as one of the world’s best executive coaches and speakers. He also serves on the executive MBA faculty at Florida Atlantic University, where he teaches his enormously popular Global Leadership Assessment & Development (GLAD) course. Since 2011, over 500 EMBA students have personally been coached by John as part of this 3-credit course. He also serves on the faculty at ZfU International Business School in Zurich and is a Distinguished Senior Fellow of one of leading business schools in the world, the Hult International Business School.

John is the author of nine books, including three best-sellers: Talent Leadership (Harper-Collins, 2012-an Amazon Best-Seller), Intelligent Leadership (Harper-Collins, 2013-an Inc. Magazine and Amazon Best-Seller) and Cultural Transformations: Lessons of Leadership & Corporate Reinvention (John C. Wiley & Sons, 2016), an Amazon #1 Best-Selling release in Human Resources and #2 in Management as well as an Inc. Magazine Best-Seller. His tenth book, The Intelligent Leadership Code: The 7 Secrets to Leading Others and Leaving Your Legacy, is due to be released in the Fall of 2019 by John C. Wiley & Sons.

From 2011 to 2015, John was the co-author of one of the most respected studies of leadership and talent development in the world, The Trends in Leadership Development and Talent Management, which is published bi-annually by Pearson. John Mattone’s work has been featured by The Wall Street Journal, CNN, Forbes, Fast Company, Businessweek, Inc. Magazine, MarketWatch, The Huffington Post, The CEO Magazine, ChiefExecutive.net, CLO Magazine, CIO Magazine, The Globe and Mail, Harvard Business Review, and many other respected global news outlets.

What Else About Me?

I am married to my incredible wife Gayle (we recently celebrated our 40th anniversary!). We have four adult children–Jared, Nick, Kristina, Matthew and three grandsons, Luke Dominic Mattone, Dylan John DiBisceglie and Easton Matthew Mattone. Gayle and I enjoy all sports activities especially skiing and bicycling (we typically ride 80-100 miles per week). We travel frequently to visit our children who live in south Florida and Virginia and other family members in Boston, New York and North Carolina. 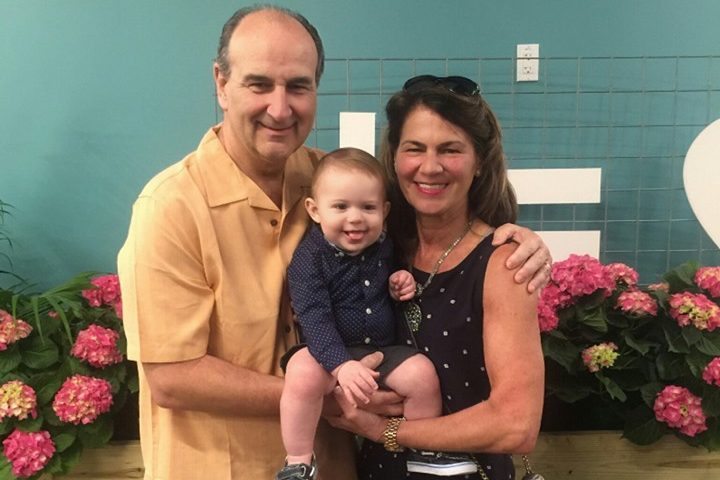 Left to Right – Me, Our Grandson Luke Dominic Mattone, and My wife Gayle