Executive coaching and organizational culture are two prominent topics in today’s business world, and the two go together in such a way that one complements the other in a positive spiral of continuous improvement. In fact, a company would be remiss to start a corporate culture transformation without the assistance of executive leadership coaching for those at the top of the organizational chart. Likewise, companies that invest in executive coaching without taking a long, hard look at their corporate culture won’t get the best ROI from their executive coaching investment. Executive coaching can improve company culture, as long as the company understands how the two concepts are intertwined and is willing to address both.

How executives function and what they do has an effect on the environment in which everyone works, whatever their position. Leadership that is aloof and apart from everyone else demonstrates through its actions that the company has an “us” and “them” dynamic that is at best non-optimal and at worst damaging. Investing in executive coaching so that leaders can further insulate themselves in their corner offices and feel like they’re being better leaders is a waste of everyone’s resources. And when you only invest in trying to improve corporate culture without involving senior leadership, you risk alienating the people at the top who have the influence to drive fundamental, meaningful change.

Coaching Should Focus on Executive Behaviors That Improve Company Culture

The successful executive coach tailors their services to specific skill gaps in their client, as determined by honest assessment and conversation. It may not seem as if helping a leader learn to delegate better or communicate more regularly with frontline employees would have a noticeable effect on corporate culture, but it most certainly does. Look at it this way. Suppose a high-level executive wants to improve their public speaking skills. That’s great, but why do they want to do so? Is it so they can raise their profile in the industry? That’s a worthy goal, but what about their organization? What if they are coached to put their polished public speaking skills to work in-house, communicating with people, cultivating a sense of unity? That’s a far better outcome for the organization. 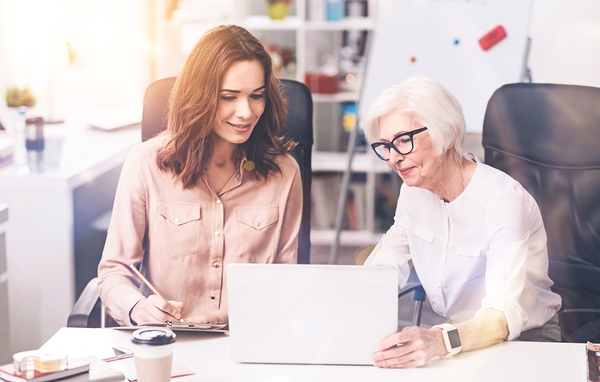 Fortunately, the best executive coaches understand the importance of company culture and design their coaching relationships in ways that improve the client’s leadership skills while making a positive difference in the company culture. Executive coaching cannot, in itself, turn around an ailing or toxic corporate culture, nor should it be expected to. But in a company that is committed to improving culture, executive coaching can be the key to turning “improved culture” from just a buzzword into reality.

Organizational cultures evolve, and sometimes they evolve in negative ways, causing processes and relationships to become calcified and unable to change when change is clearly necessary. Cultural transformation isn’t a one-time event, but a constant commitment that evaluates needs, patterns, successes, and failures and corrects course accordingly. The company that recognizes this has a clear advantage over the one that does not. The company with a commitment to outstanding organizational culture alongside a commitment to excellence in leadership (including the use of executive coaching) is the company that has more engaged employees, is more productive, and has fewer problems with things like employee turnover. In short, commitment to culture paired with executive coaching makes for a powerful combination.

In my 30-plus years as a business leader, author, and executive leadership coach, I have seen up close and in a variety of contexts how powerful organizational culture can be – for good and ill. At the same time, I’ve watched executives go from being effective to being fully-realized as leaders and have seen the powerful ways this benefits organizations. It is the companies that invest both in corporate culture and in executive coaching that have, in my experience, enjoyed the greatest, most well-rounded success. Invest in organizational culture and leadership development and experience the potential for yourself.