Head leaders know how to put their cognitive skills in the service of the organizational vision. And they are well-endowed with such skills and abilities. They can make sense of complex situations and solve problems quickly and effectively.

Definition: Head leaders are achievers who rely on their ability to analyze, innovate, and get things done. Such leaders use their cognitive skills to lead and do so very well when they possess the appropriate maturity level.

For a Head leader, being an achiever is a matter of solving problems and turning brilliant thoughts into action. Based on this definition, it is difficult to imagine that immaturity can derail such leaders. Derailing Head leaders can be, however, surprisingly erratic and impossible to control.

According to the Map of Leadership Maturity that I discuss in detail in my book “Intelligent Leadership,” depending on how they wield their strengths, Head leaders fall into three sub-categories: Thinkers, Disciples, and Activists.

The Achilles’ heel of Head leaders resides with their insecurities. Thinking, reasoning, and acting based on logically drawn conclusions require a certain degree of confidence and security. Immature Head leaders may commit the mistake of prioritizing their need for security and safety at the expense of reasoning and acting.

Thinkers have a proclivity for analyzing the world around them, drawing conclusions, and creating theoretical problem-solving scenarios. As such, they tend to have difficulties translating their conclusions and plans to action.

Mature Thinkers have eliminated this potential point of failure. Not only do they think brilliant thoughts, but they also turn them into action efficiently. Thinkers on this maturity level have an uncanny ability to read and understand complex scenarios and explain them to others. Mature thinkers also understand the interdependency between the theories they conjure and the real world.

As soon as this link weakens, Thinkers begin to derail. Disconnected from reality, Thinkers become vulnerable to confirmation bias, thus compromising their strengths.

In my leadership development books, I have drawn detailed portraits of leaders predominantly relying on this trait. I have also provided tips on how to work with Thinkers and how to develop your own Thinker trait.

Disciples are Loyal, Trustworthy, and Down-to-earth

Although they tend to value and follow authority, Disciples can create cohesive teams, showing loyalty toward their reports and peers alike. Mature Disciples are relatable and approachable and thus find it easy to build meaningful relationships and bonds.

Immature Disciples can become overly reliant on a belief system, institution, or higher authority. This reliance can paralyze their decision-making, rendering them incapable of action. Such Disciples despise rule-breakers and fail to recognize the value of courage in their actions.

Activists are Sources of Positivity and Motivation

Mature Activists are enthusiastic, full of energy, and always eager to accomplish something that will motivate their peers and reports. Their can-do attitudes are infectious. They are great at aligning their visions with their actions, leading by example, and motivating their employees through consistency. 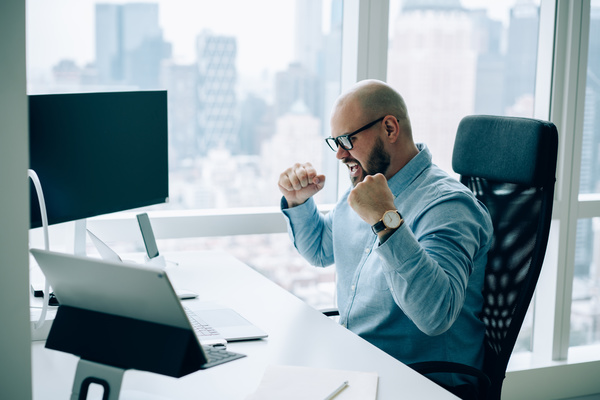 The enthusiasm of Activists is infectious

Derailing activists lose self-control and become erratic and unreliable. They can grow frustrated quickly and lose their ability to find joy in creating something valuable for others. Immature Disciples will abuse others and regard with disdain those who cannot keep up with them.

In”Intelligent Leadership,” I list tips on how to handle Head leaders and improve the traits associated with this leadership type. Get your copy here.