Many companies invest in executive coaching because they’ve tried it and they know that it produces positive results and a genuine return on investment. 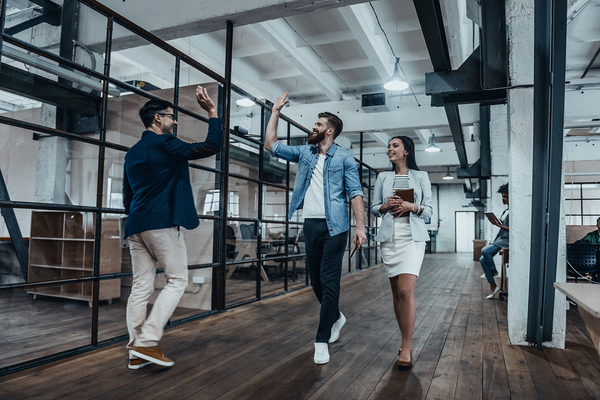 Companies that invest in coaching are actually investing in results.

Ideally, coaching clients should be prepared to use a well-rounded collection of metrics, both qualitative and quantitative, to measure coaching success and show the company that yes, executive business coaching does get positive results. Here are some ways clients do that.

Cycle Time from Idea to End-User

Before investing in executive business coaching, how long did it take for something to go from being an idea to being a product in the hands of end-users? That “product,” of course, could be a physical product, or it could be an app, a new business process, software, or some other manifestation of an idea.

Similarly, how long does it take now that the coaching process has been completed for something to go from being an idea to being something people use? One of the purposes of coaching is for leaders to learn where roadblocks exist, which ones are absolutely necessary (to keep spending in line, for example), which ones could be eliminated altogether, and which ones could be recast as “speed bumps” rather than hard roadblocks.

Many coaches begin and end their coaching relationships by using surveys and other instruments to gather 360-degree feedback about the coaching client. In some cases, this feedback comes not only from the coaching client individually, but also from peers, direct reports, and supervisors in order to gain a comprehensive view of the client’s starting point.

Repeating use of these feedback tools at the end of the coaching relationship can be eye-opening. Often, they show that the changes that have taken place not only positively affect the client, but also the others who work with the client on a daily basis.

Interviewing a client’s peers, direct reports, and superiors before and after coaching can offer powerful insights.

Clients Who Keep a Journal

Journals aren’t as neat and easy to take in a test or survey results, but they can nonetheless provide an important metric for the success of executive business coaching. That’s why many coaches ask that their clients keep a regular journal, whether on paper or electronically. It doesn’t have to be a novel. Committing to ten minutes every day of thinking about how the coaching process is shaping their decisions can end up providing a wealth of information and a powerful indicator of how far a coaching client has come. Anyone who regularly keeps a journal can vouch that looking back at entries from several weeks or months ago can be a powerful way of seeing just how much things change.

Productivity measures before and after coaching can offer strong evidence of the power of executive business coaching. Coaching is about solving problems, and even if those problems aren’t directly related to productivity, they can affect productivity. If the pre-coaching team puts out five products over a period of a week and the post-coaching team puts out seven products in a week, that’s a strong indication that coaching has had a measurable positive effect, assuming everything else was held constant.

It’s important to measure outcomes with coaching, both for the benefit of the client and for the benefit of the coach. Today’s executive coaches are expected to produce results. The best ones know this, and they’re prepared before their first meeting with their client. No company wants to waste time or money, and so they’re smart to consider how they will measure the effect of executive business coaching even before they choose a coach.