The Right and Wrong Ways for CEOs to Disagree

Business is ultimately about transactions that solve problems, and conflict is by definition a part of problem-solving. If nothing else, the conflict between the reality a customer wants and the reality in which he lives can prompt the desire to purchase a product or service. Conflict is also a part of the internal processes that keep a business functioning. Challenges to the status quo are the sparks that start the combustion of change and progress. When people are afraid to bring up certain information that goes against the conventional wisdom, things may remain easier in the short term, but longer term problems will almost inevitably arise. 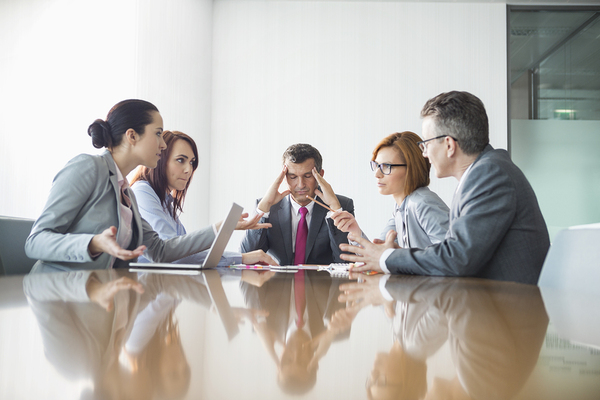 Healthy, well-handled conflict helps get the pieces of a “stuck” workplace moving again.

The world of business is increasingly fast paced, which means that communication must be efficient. But when communication dispenses with the importance of understanding different perspectives or demonstrating common respect, simmering resentments can develop. The truth is, sometimes executives disagree with each other, and there are good ways to go about coping with it and bad ways. Here’s how to disagree while preserving respect and keeping progress in motion.

Before You Speak, Think

A knee-jerk, reflexive response to being presented with information with which you disagree often only has the effect of shutting down communication. And when that happens, the next step may be hastily made decisions where inadequate consideration is given. Or, the next step could be a heated argument where the goal is declaring a “winner” when in fact there is none.

Maybe you are the smartest person in the room, but if you impose your opinion on everyone by force, you’ll only plant the seeds of resentment. Think for a moment before voicing your disagreement. One excellent tip for thinking before you speak is to imagine one of your most exalted role models saying to you exactly what you’re about to say to someone else. How would you feel?

The Sweet Spot Where Honesty and Tact Converge

Honesty and diplomacy are not mutually exclusive, and if you can find that “sweet spot” where honesty is tempered by tact and respect, you have found a good starting point for expressing your opinion. While you don’t want to lay it on too thickly to where the other person doesn’t realize there actually is a difference of opinion, it costs you nothing to be civil and empathetic.

The same piece of criticism can be expressed destructively or constructively. Feedback can be curt and mean-spirited, or it can be non-accusatory and helpful. It’s the difference between saying, “You don’t know what you’re doing,” and “I like what you did here, but it’s important that we consider these points too.” Finding merit in what someone has put work into disarms defensiveness and sets the stage for a productive conversation. 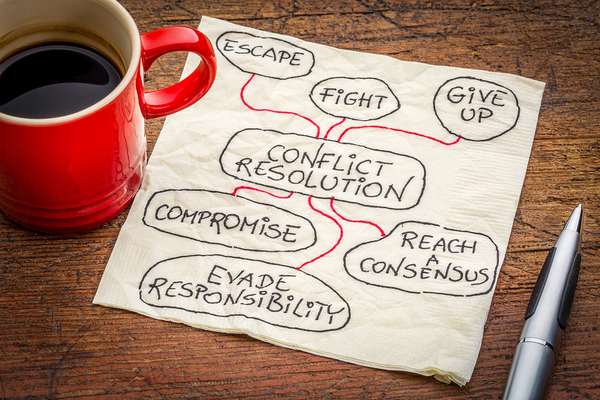 One way to advance the conversation with someone you disagree with is by asking a few strategic questions, such as:

What you’re doing by asking gently probing questions is seeking common ground. And you yourself may discover something that changes your perspective. At the same time, the person with whom you disagree has room to consider potential problems and possibly change viewpoint.

Trying to squelch disagreement altogether is a bad idea. Most businesses don’t outright forbid questioning of the conventional wisdom, but many have corporate cultures that strongly discourage it, especially when it comes to senior managers. The results may take time to show up, but it’s inevitable that they will. Those results might include poor decision-making, teams pursuing paths they disagree with because nobody can question their superiors. Resentment and low morale follow. Suppression of ideas is a key ingredient in the recipe for failure.

When disagreement never arises within a business, it’s less like a business and more like a complicated machine. And when that machine is never inspected, it’s bound to break down spectacularly at some point. Disagreement can precipitate failure, but it’s also part of every success story. The difference is all in how disagreement is handled. Know how to disagree without being disagreeable, and you open up possibilities that might never happen otherwise. The role of corporate culture cannot be underestimated, and knowing how to respectfully disagree is essential to a strong corporate culture.