Why Leadership Training Could Save Companies Billions of Dollars

We like to think that successful businesses are led by highly competent people with strong leadership skills who really care about their teams and the future of their organization. But reality doesn’t always back this up.

One recent study found that nearly two-thirds of employees said they would rather have a new boss than a pay raise! And it isn’t what bosses do that’s the problem in most cases, it’s what they don’t do. Too many leaders fail to inspire, think mediocrity is acceptable, lack vision, don’t collaborate, and don’t practice what they preach.

How do employees react to bad leaders? According to the study referenced above, they take their time accomplishing tasks, hide things from their bosses, put in the minimum required to get the job done, take sick leave when not actually sick, and take longer work breaks. In other words, they don’t feel valued, so they don’t see why they should have to give their best. Bottom line: poor leadership is costly.

Employee turnover is expensive due to the direct costs of exiting employees added to the additional costs required to hire and train replacements. And the number-one reason why people quit their jobs, according to a Gallup poll, is that they believe they have a bad supervisor. In other words, people leave bosses, not jobs. Leadership training programs are one key to developing the supervisors, managers, and team leaders that employees don’t want to leave. 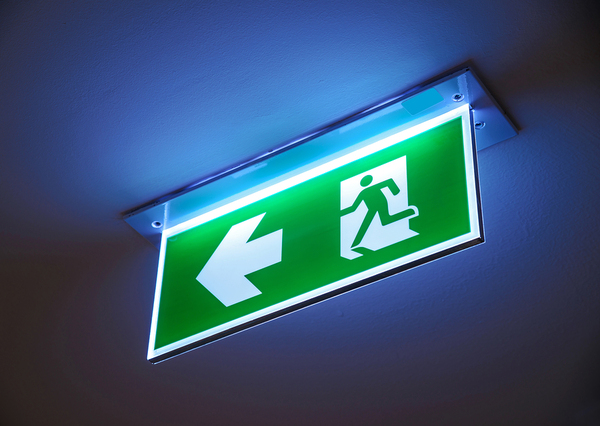 A poorly-trained group of leaders, when faced with a major challenge, can resemble a 21st-century version of the Keystone cops: incompetent, uncoordinated, and baffled. Only it isn’t funny when it concerns a business that represents people’s livelihood. Leadership training programs not only help individuals develop their own leadership skills, but they also help leaders align their objectives and coordinate their actions accordingly. As a result, there is far less trial and error, and fewer missteps that require backtracking and doing things over. It’s clear how an aligned, well-trained leadership crew will incur fewer unnecessary corporate costs than an untrained, ill-informed leadership team would.

One of the best side effects of an outstanding leadership training program for top organizational leaders is the emphasis on the long term. The best leaders not only want their tenure in leadership to go well, they also want the leaders who come after them to succeed as well. Leadership training helps organizations learn to recognize emerging leaders and help them develop their skills. As a result, there are fewer top leaders who arrive at their positions because it is “their turn,” and more top leaders who are there because of their competence, and who have had the time and training to become leaders and hit the ground running once they are promoted.

Leadership training programs are how the truly outstanding organizations succeed compared with their counterparts. Because without excellence in leadership, there’s little use in expecting excellence from the rank and file employees. If you’re interested in leadership culture, I encourage you to check out my books, which go into detail on the crucial topics of leadership coaching and corporate culture, as well as the importance of solid leadership training and coaching.